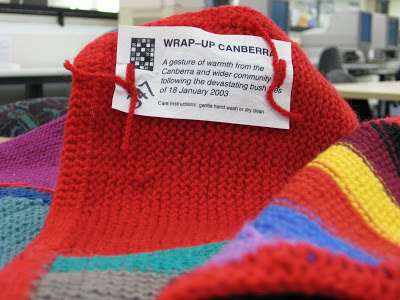 On 18 January 2003, the ACT experienced an unprecedented fire disaster, causing the deaths of four people, nearly 500 injuries treated at hospitals, the loss of about 500 homes and over 90 community, educational, commercial and farm buildings; damage to many other homes and businesses, including rural properties and villages to the west of Canberra; and widespread destruction of physical infrastructure, forests and the environment generally.  The total financial cost of the fires was estimated at $350m.

Emergency Management Australia (EMA) describes recovery as “an intervention process to lessen the effects of disasters … the coordinated process of supporting disaster-affected communities in the reconstruction of the physical infrastructure and restoration of emotional, social, economic and physical well-being ... Recovery is, however, more than simply the replacement of what has been destroyed and the rehabilitation of those affected. It is a complex social and developmental process rather than just a remedial process. … Recovery is best achieved when the affected community is able to exercise a high degree of self-determination.”

In the eight weeks between Bushfire Saturday and Canberra Day, Canberrans came together as a community, a partnership of organisations and individuals that has become a model for other communities faced with such disasters.

The fires struck Canberra on a Saturday during the long summer vacation and, except for the emergency services, most agencies were minimally staffed. Communications staff whose homes were either out of danger or had already been destroyed went to their workplaces or to one of the command centres to help gather, sift and organise the flood of information.

Evacuation centres were set up in four locations and the call went out for bedding. Well past midnight there were still lines of people at each one, hugging donations of blankets, sheets and pillows, even mattresses. Chief Minister Jon Stanhope declared a state of emergency, allowing government services to be fast tracked.

By Monday evacuees were being moved into hotels and other medium-term accommodation, the ACT government had set up an insurance hotline and the Chamber of Commerce had established an emergency fund to receive donations. Over the next week much of the necessary recovery infrastructure was put in place.

The Canberra Bushfire Recovery Appeal raised more than $1.25 million before it even opened to the public, and was ready to receive the first applications for financial assistance within days. The Bushfire Recovery Taskforce headed by Sandy Hollway, who had organised the Sydney Olympics, was set up to advise the ACT Government, provide leadership for the recovery, and act as a bridge between Government agencies and the community.

On Monday 28 January the state of emergency was lifted and the cleanup officially began. The ACT Recovery Centre opened in Lyons Primary School, after a week of frantic repairs to the disused and semi-derelict building. The Centre initially assisted people to find urgent accommodation, buy clothes and source identity papers, but rapidly became a one-stop shop for exchange of information, a place for donations of clothes and toys, and for regular afternoon teas and counselling support.

Water was in short supply. All three dams in the Cotter catchment had been damaged and, after the worst drought on record, Googong was already very low. The Lower Molonglo sewerage facility had been severely damaged and could not process waste water. Unless Canberrans reduced the number of toilet flushes and diverted as much other waste water as possible onto gardens, the holding pond would overflow with disastrous consequences. By the time repairs had been made, it was still not quite full.

On Australia Day Canberrans relaxed a little. A barbecue was arranged to thank utility workers from the ACT, NSW and Victoria who had reconnected power to 50,000 homes and returned gas supplies to 8500 customers in just nine days, a marathon effort.

While the official support was being put in place, residents were taking charge of neighbourhood needs. People who still had kitchens cooked for entire streets of people in damaged houses. Clubs and businesses organised their members into work battalions to clear gardens, make repairs, clean up school grounds, mind children and organise recreational events. Tradesmen just appeared on site to lend a professional hand.

Horses and pets, animals from the damaged RSPCA shelter in Weston, and wildlife including Lucky, the only surviving koala from Tidbinbilla, received immediate food and shelter. Gardeners began potting up plants to give to people in temporary accommodation or to help re-establish gardens in the spring.

A telephone tree was set up, with each person being responsible for checking on one or more others. From 21 January to 1 February three women, knowing that talking it out was the beginning of healing, sat at Cooleman Court, Weston, and gathered personal accounts of the fires. Duffy residents began meeting at the primary school to share stories and support each other, and the Stromlo Forest Scout Group, partly to give Duffy residents something to focus on, began to rebuild the pack and the facilities.

The loss of family mementos was a source of ongoing grief, so another call went out. “Do you have any photographs that include people or places that have been affected by the fires?” The identification, copying and reassembling into replacement albums reunited people as well as photographs.

A corner of the Recovery Centre was taken over by Wrap Up Canberra, a group of 15 women formed to co-ordinate the knitting of 530 patchwork rugs for people who had lost their homes. It was also designed to give volunteers a useful task. More than 2,200 individual knitters and crocheters contributed to the project from all over Australia as well as from overseas. The rugs were exhibited at Parliament House in September, and then distributed through the Recovery Centre in late 2003.

By the time school started information packs had been prepared to help teachers and staff deal with childrens’ trauma. Orana school, itself badly damaged, organised a ‘buddy system’; each affected family was assigned a buddy who cooked meals and located necessities. Families were assigned case managers and suburbs were given their own community development officers to help them recover. Community workers were warned to be alert to signs of depression among victims and carers alike.

The return to school allowed families to resume hobbies and musical interests. Music stores loaned instruments; writing and scrapbooking workshops were organised to provide outlets for emotions as well as meet basic creative needs. A sewing group for migrant women had lost everything; an appeal brought forth not only sewing machines and other equipment, but a roomful of fabrics, buttons and patterns.

The Bushfire Recovery Appeal had set a goal of $10 million. Concerts, barbecues and other events offered recreational as well as fundraising opportunities. A football club auctioned six bottles of Grange Hermitage and naming rights for a newly discovered beetle. Another auction offered a prostate examination, a load of manure and a bag of chicken livers. On Canberra Day the Appeal stood at $5.5 million.

Canberra Day was approaching and the Citizen of the Year had to be decided. Jon Stanhope explained the panel’s decision to honour the whole community: “'It is usual for an individual citizen to be honoured on Canberra Day, as someone who epitomises what we hold to be the best in all of us: an individual helping to build our community”, but “after the disaster we faced in January … it simply could not be narrowed down to a single person”. The award was, as the Canberra Times put it, “a 330,000-way tie”.

2003 Congratulations Canberrans - you're all Citizen of the Year (B) Picture - LANNON HARLEY. The Canberra Times, 13 March