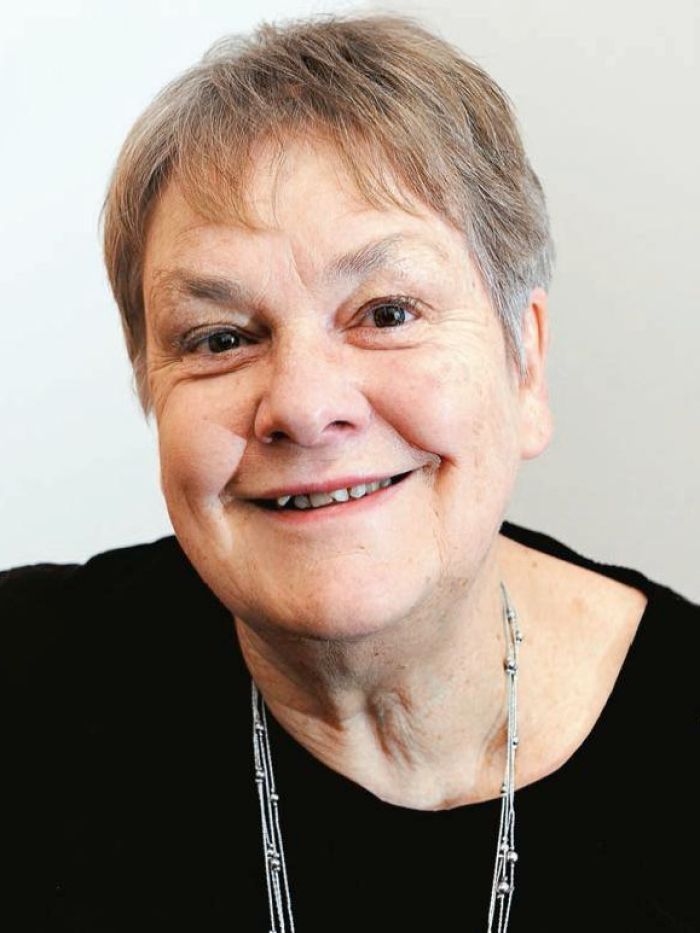 Sue was born at the height of the threat of invasion by the Japanese. Her uncle, William Stanner, was then in the Northern Territory as Major, later Lieutenant Colonel, commanding the 2/1st North Australia Observer Unit (NAOU), predecessor of NORFORCE. The “Nackeroos”, as NAOU was then nicknamed, patrolled northern Australia watching for signs of enemy activity. Uncle Bill urged Sue’s mother to leave Sydney for the safety of the Blue Mountains but she was pregnant and unwilling to risk the journey until after Sue was born.

Childhood in the Blue Mountains was idyllic, and influenced Sue’s later understanding of children’s developmental needs. Her mother had trained as a stenographer but put herself through teachers’ college and became “a very good, committed teacher”. Sue’s father contributed little to the family so her mother went back to work as a teacher in schools in the Springwood, Hazelbrook and Katoomba area.

These were close communities with many children. As long as they were literally within cooee, groups of children were allowed to play in the gullies and surrounding bush, developing what Sue later called “play to the limit”, that is, activities that began with some thing or event and were developed and played through until the game reached a natural conclusion. The community collectively watched out for the children, creating a free but safe environment.

Uncle Bill Stanner often visited. He was an anthropologist whose 1934 thesis on culture-contact at the Daly River was the forerunner of modern approaches to the study of cultural change. His explanations of the complex culture of Indigenous Australians, gathered over years of personal involvement, fascinated young Sue who begged, unsuccessfully, to be taken with him. Cultural traditions and adaptations became a lifelong interest, however, and two of Sue’s favourite paintings are modern works that explain and celebrate the sacredness of children within Indigenous society.

Until she was six Sue had never met a lady doctor, and she was already enrolled at Sydney University before she was fully aware that not all doctors were general practitioners. At university she lived in a hostel, a good experience in community living, and on graduation went to St Vincent’s Hospital to do practical training in obstetrics and paediatrics. At the end of her paediatrics year she was advised to sit for the examination that would qualify her as a specialist paediatrician but she deferred for another 3-4 years, finally qualifying in 1972. Still unwilling to practise as a specialist Sue went to England to study paediatric gastroenterology.

In 1974, just before going to England, she had worked with Dr Alan Walker in the Northern Territory. It was her first venture into a remote area and her first professional experience of dealing with sick children within a community. In England she worked with Dr David Hull, who had set up a paediatrics school at Nottingham University, and learned the value of treating children in their own homes rather than in hospital.

About this time abuse of children as deliberate harm was just being recognised. Sometimes it was direct physical abuse, but in England she also saw several instances of children with factitious diseases, that is, parents reporting invented or exaggerated symptoms that would ensure the child stayed under their control. Abuse and neglect of children, as well as the effects of other trauma, became Sue’s focus.

Sue met her husband at Nottingham University, where he was doing a PhD in electronics. He was Welsh, with strong ties to his small rural village “where things changed only about every 50 years”. At the time they had no intention of living in Australia but Sue’s mother, then in Canberra, fell ill. In 1980 Sue returned to look after her mother, bringing their two small boys; her husband stayed to finish his doctorate and then joined her, with their daughter. Sue’s sister had also moved to Canberra and Uncle Bill (Professor Stanner) was an honorary fellow at the Australian National University.

Time passed, the children went to school and the family embedded itself in the Canberra community. In 1990 the Child-At-Risk Health Unit (CARHU) was established at the Canberra Hospital, and Sue worked there as a Community Paediatrician from its inception until she retired in December 2011. Still at CARHU but in a part time position, from January 2012 Sue was employed as a senior staff specialist, focusing on mentoring, teaching and advocacy.

CARHU provides medical assessment for children from the ACT and surrounding NSW where there are concerns about abuse or neglect. This means working with two health services, two child protection services and two police services, as well as foster care for some children. Sue belongs to a number of professional and community organisations that deal with children, notably the National Association for Prevention of Child Abuse and Neglect (NAPCAN) which works to bring about the changes in individual and community behaviour necessary to prevent child abuse and neglect, as well as its British and international counterparts.

There are several other organisations that Sue works with, often as a board or committee member, that broaden her knowledge base and enable her to assess children in relationship to their place in the community: the ACT Child Death Review Team, ACT Domestic Violence Prevention Council, the ACT Family Law Professional Network, Families Australia, Canberra Mothercraft Society, the Association for Wellbeing of Children in Healthcare (AWCH), Defence for Children International (DCI), KIDSAFE and the Early Years Chapter of the Australian Research Alliance for Children and Youth (ARACY).

Research into child development, particularly brain development, is increasingly influencing her assessment of children. The first year of life is much more critical than first thought, but Sue is also interested in how children play – or are allowed to play. Her own childhood included most of what is now considered essential for successful physical and social development: outdoor exercise, free activity that encouraged thinking and problem solving, building and growing things and above all being benignly watched by all members of the community to ensure she came to no harm.

Sue worries that today’s children, living in apartments with no appropriate outdoor spaces, being “babysat” by electronic devices and not interacting with parents, not being able to run off their energy several times a day while at school, are at risk of neglect and of never learning to be good parents themselves. She believes that Boundless, the Centenary of Canberra National Playground at Kings Park, is a wonderful place to inspire children’s imaginations. She has also established a child’s garden in her front yard to which teachers from the nearby child care centre bring their charges.

Sue readily admits that being a parent is the hardest job in the world, and that even with her paediatric qualifications and experience she struggled. She is critical, however, of the prevailing attitude that adults do things for and to children but not often with them, and that people are often unwilling or unable to enjoy children on their own level. In her often distressing and difficult job of picking up the pieces of children’s lives, she is reminded of a phrase she heard in a television documentary many years ago: “when a species loses its capacity to rear its young, the species perishes”.

1999 Member of the Order of Australia (AM) for services to child welfare, paediatrics and the community

2013 Canberra Citizen of the Year for personal efforts and significant contributions to the ACT community, particularly as an advocate for the safety and wellbeing of children