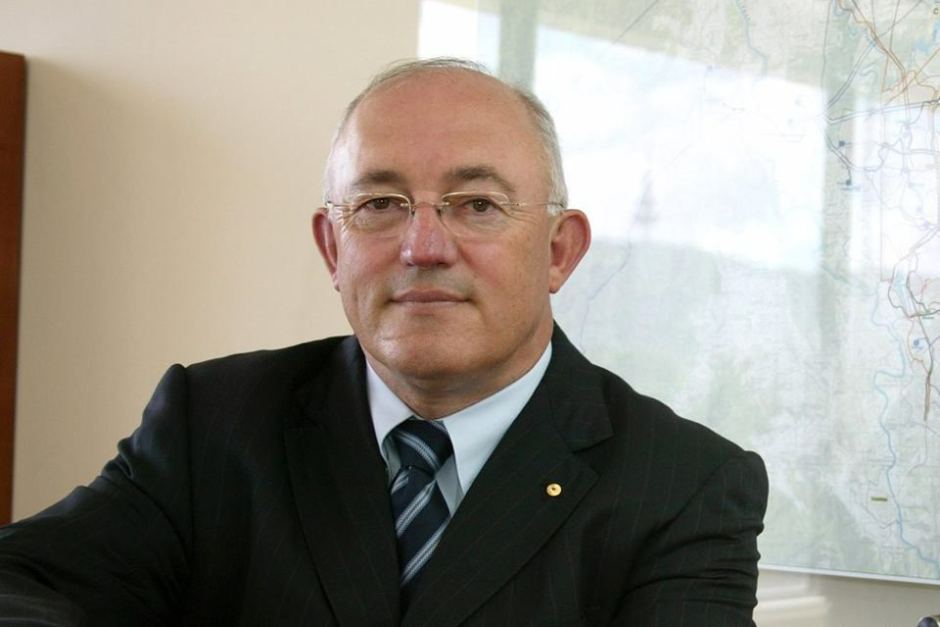 Like his father and grandfather John carries the second name ‘Angus’ in memory of Angus Mackay who arrived in Australia from the Isle of Skye, Scotland, in 1853. A wealthy man, he acquired Pommagalana station near Wagga Wagga. The family prospered through the next generation but then lost everything during the Depression.

John’s father, Jackson (1905-1979) left his first wife and daughter and became a stock and station agent in Dubbo. He met Betty Digges (1918-2007) in Coonamble, NSW just before World War 2 but they did not marry until 1946. Jack enlisted and served in a tank crew despite having had part of his lung removed some years earlier. He caught malaria in New Guinea, nursed ongoing bitterness for the Japanese, and suffered what was almost certainly post-traumatic stress disorder. Betty and her two sisters served in the Women’s Air Force. The Digges family also lost much of their wealth during the Depression and the ensuing war.

Betty and Jack lived briefly in Kings Cross, Sydney before moving to Wellington, west of Sydney. John was born in Wellington in August 1950, the second of seven surviving children. Betty was resourceful, a good manager and an incurable optimist, but she could not cook. John inherited the first three traits, as well as both parents’ love of a smoke and a drink; he later learned to cook, and can be seen each Australia Day grilling thousands of sausages.

The stock and station agency closed and the family fell on hard times. John rapidly adopted his mother’s resourceful ways, scrounging where he could and enjoying himself at the same time. Country life provided a number of ways to make money, and John soon had a profitable business in trapping and selling rabbits. Rabbits, and the fish he caught with his father, augmented the food supply as well. John’s handyman skills developed also, from painting the family home when aged ten to lawn mowing, fencing, packing groceries at the local supermarket and a milk run that allowed him to support himself from about the age of 12.

At school John was often in trouble, usually because of a quick appreciation of the ridiculous and an infectious laugh that set the class off. He was not a good student. Fortunately, he joined the Scouts when he was seven and later the school cadets. Both organisations valued and developed John’s natural abilities. His wife later claimed that he could manage any emergency. After the 2003 bushfires, when he organised the restoration of electricity, gas and sewerage to thousands of homes in just nine days, the people of Canberra would agree with her.

John sat for the Intermediate examination while applying for jobs – a draughtsman, the army, perhaps a plumber? He landed a job driving a bulldozer on a huge cotton farm. After 11 months of gruelling work he received a letter from his father suggesting that Canberra might be a better option. All he had to do was sit for the Commonwealth Selection Test.

He passed and arrived at Reid House hostel in winter 1969, ready to begin work in the statistics section of the Department of Immigration. Soon afterwards he applied for a position as forms designer, and spent the next two years with a small team redesigning and cataloguing the Department’s stock of forms.

Outside work John engaged fully with the social life of the time, drinking too much, driving far too fast and well under the influence, and partying in one group house after another. Then at the office Christmas party in 1970 he met Colette Carmody. They married in September 1972, had three children and, Colette asserts, enormous fun.

Also in 1972 John was promoted and found himself working with very bright people. By 1975 he felt he was out of his depth and decided to study administration at the Canberra College of Advanced Education (now University of Canberra). He graduated in 1980, also taking the prize as top student. When he was appointed Chancellor of the University in 2010 his official portrait showed him holding his graduation portrait.

From 1979 to 1998 John moved from one administrative position to another in several federal government departments, including general manager of the Overseas Property Group (managing Australia's embassies in 70 countries), senior private secretary to the Administrative Services minister, director of the Australian Protective Service and deputy secretary of the Department of Finance and Administration.

In 1998 he was appointed CEO of the ACT Electricity and Water Corporation (ACTEW), which two years later became the joint venture ActewAGL. John was also appointed director of TransACT Communications, which he had established to counter the disregard for Canberra shown by Optus and Telstra in the supply of broadband services. From 2008 until his resignation in 2013 he was chairman of ACTEW and ActewAGL.

John regards ActewAGL as his greatest legacy. When other utility companies around Australia were reducing services and increasing consumer prices, John did the opposite and was repaid by an unprecedented level of customer loyalty to a company that offered the most reliable and cheapest electricity supply in Australia.

He also persuaded ActewAGL to be a good corporate citizen. “It occurred to me I could be the CEO of this big company and just be literally entirely inwardly focused or I could use my profile and the resources available to me to help out a whole stack of other organisations.”

An even higher stack of organisations is testament to John’s personal contributions, including the National Arboretum, Canberra Glassworks, Koomarri, Calvary Health Care ACT, the Salvation Army, the National Australia Day Committee, Canberra Raiders and the Ricky Stuart Foundation. In November 2015 he accepted an appointment as patron of the AIDS Action Council of the ACT. Two of his brothers were among the first in Australia to have been diagnosed with AIDS, and although John supported both them and their mother during a terrible time for the family, he regrets that he did not do more.

None of John’s very senior appointments seriously dampened his larrikin enthusiasm. “What could possibly go wrong?” introduced many of his schemes. Until 2013 nothing much did go wrong, or if it did, what went right far outweighed it. John was an inspired administrator and a superb networker. He resigned over the “salary affair” at Actew Water and ActewAGL, taking ultimate responsibility for an administrative error compounded by failures in communication.

The measure of the man was seen in his ability to acknowledge the error, rise above the disappointment in losing a job he loved, and carry on. He has resigned some of his chairmanships but retained many more. His farewell party was at the National Arboretum, “just my closest friends” – “about 300 people”.