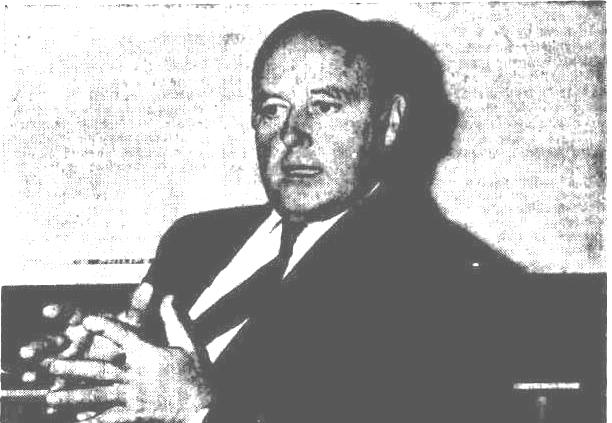 Clarrie was born at Arncliffe, Sydney on 16 January 1921, the son of Alphonse Réné Hermès, a school teacher, and Daphne nee Browne. Alphonse had served with the 4th Battalion in France, contracted tuberculosis and received early discharge. He and Daphne were married at Annandale on 25 June 1918, and had three children: Wallace, Clarence and Alison. They divorced in 1926 but remarried in about 1928 in Adelaide. Despite their marital ups and downs, Clarrie remembers his parents as easy-going, and certainly Alphonse was popular in all his school and social communities.

The extended Hermes family included several members in South Australia, and in the mid 1920s Alphonse left his family in Sydney to become a teacher in a succession of rural primary schools in South Australia. Daphne and the two boys joined him in 1928, and the family moved frequently until Alphonse’s retirement about 1945. Besides being a successful teacher and keen sportsman, Alphonse was a fine violinist and much in demand for concerts and dances. His children were brought up in the same tradition, and Clarrie was later a regular performer in variety concerts, plays and musicals.

Clarrie did well at school and in 1936, in Leaving year at Birdwood High in Adelaide, he won a state essay competition. However, there was no money for him to go on to university so at 17 he worked briefly as a copy boy at the Adelaide Advertiser before starting as a junior clerk at the Union Bank. When war broke out he enlisted in the RAAF and served as a radio and intelligence officer in the Northern Territory and Queensland, and in the Borneo area.

After the war he took advantage of the Commonwealth Reconstruction Training Scheme and studied Law at Adelaide University. While at university he added debating to his other skills, and also came to the attention of Professor Richard Blackburn who recommended him to the Australian intelligence services.

He was admitted to the Bar in 1950 and in 1951 he joined the law firm of Wallman, Kriewaldt and Palmer, in Whyalla, hiring his sister Alison as his legal secretary. In 1952 he joined the South Australian Crown Law Office and in 1953 was recruited into the Australian Secret Intelligence Service (ASIS) and almost immediately sent for training with MI6, the British Secret Intelligence Service. The head of ASIS at the time, Alf Brookes, described him as one of the service’s most brilliant officers.

While in Whyalla Clarrie had met Betty Ellen Lewthwaite, a nursing sister at the hospital and daughter of George Lewthwaite, the works secretary at BHP. They were married at Whyalla on 9 May 1953 and departed for England in August. He was 32.

In 1957 Clarrie was about to be posted to run the ASIS Indonesia station when Alf Brookes and other senior officers were sacked and the longer term future of ASIS seemed to be in doubt. Disillusioned, Clarrie resigned and returned to South Australia to work for the Crown Solicitor’s Office. The following year he was back in private practice but disliked the business side, particularly what he called “dunning people for money”. He liked the law and the courts, so in 1961 he successfully applied for a position of magistrate on the Adelaide Police Court bench, and in 1963 came to Canberra to fill the first of two additional stipendiary magistrate positions.

The Court of Petty Sessions suited his temperament: he was down-to-earth, a bit brusque, keen to apply common sense and above all, humanity. He believed in rehabilitation wherever possible, especially for young people, and in 1967 founded Outreach to provide temporary accommodation in a disciplined but family style environment for young offenders aged 15-20. He also opened Children’s Courts to the public, on condition that the press did not identify individuals.

Under a Winston Churchill Memorial Trust Fellowship, in 1969 he visited Europe and the United States on a six-months' study of overseas legal practices concerning delinquent children and adolescents.

When Jim Fraser, the popular and long-serving Labor Member for the ACT, died in 1970, the Liberal Party thought that Clarrie would be a worthy successor. Clarrie had joined the Liberal Party in South Australia in the 1950s but had had no intention of standing for office. He was persuaded and gave fellow barrister and Labor candidate Kep Enderby a very hard fight, but failed to win the seat.

Having resigned as magistrate to contest the election, Clarrie joined the Attorney-General’s Department as its London representative, then served as a deputy president of the Repatriation Review Tribunal before returning to the bench as Chief Magistrate for the ACT in 1980.

But times had changed, and Clarrie became depressed by the number of drug offences now brought before him, whereas there had been none between 1961 and 1970, and by the ‘welfare mentality’ of offenders. He retired in 1984 but continued to undertake part-time appointments, including chairmanship of the ACT Credit Tribunal, and various public service disciplinary boards. He was also appointed to report to the Government on whether charges ought to be preferred against any ASIS officers after the Sheraton Hotel debacle, and in settling associated compensation claims.

Clarrie Hermes was always a man who served. Outside the courts, he was involved with the ACT Council of Social Services, the Kindergarten Union and Parents and Citizens Associations, managed boys’ football and cricket teams and was active in Legacy. A lay reader in the Anglican church in Adelaide, in Canberra he was on the council of the first Anglican church built in the Woden Valley, Good Shepherd at Curtin. He was one of the earliest residents of Hughes and for many years played cricket for the suburb. In 1992 Hughes Oval was renamed Clarrie Hermes Park in his honour.

In 1982 he suffered a heart attack; after another January 1991 he died in Canberra Hospital, Woden. He was survived by his wife and four sons.

1970 ‘The adolescent boy in the developing country’. Inaugural address given to the Australian Council of the Boys' Brigade, meeting in Canberra, Jan. 24-26.